BoJack -- 3 weeks ago
Games of the Week

GAMES OF THE WEEK   BoJack -- 1 month ago
Florida Gridiron Grinders 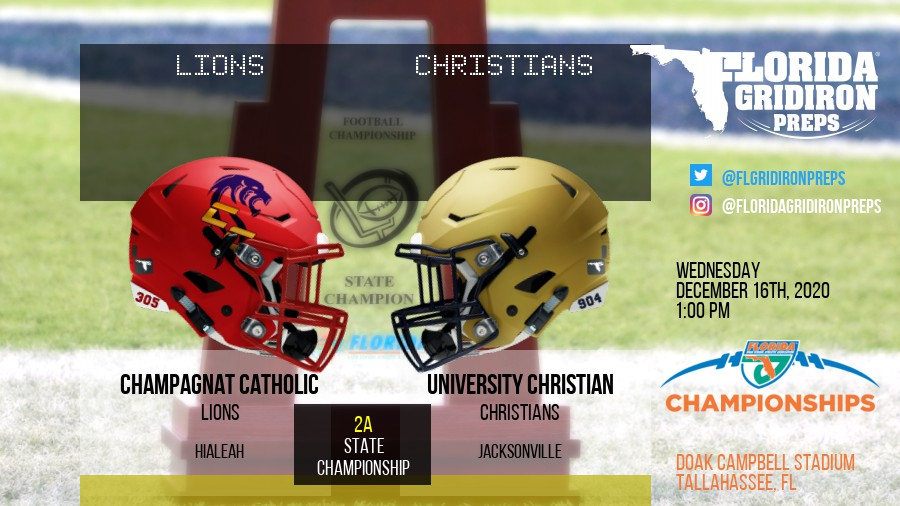 TALLAHASSEE -- Another Case of "The Usual Suspects" as both teams have their fair share of State Championship hardware on their school campuses. On Wednesday, these teams will battle at Tallahassee's Doak Campbell Stadium as they commence the 2020 FHSAA State Series Championships, seeking to add another piece of trophy hardware to the case.

Both teams have been dominant in Florida's Class 2A, collecting the state championship in 6 out of the last 8 years.

THE REMATCH OF REMATCHES
Champagnat and University have battled versus each in other in two consecutive State Series back in 2016 and 2017 at Camping World Stadium in Orlando. University Christian won their first meeting in the 2016 State Championships by a score of 24-8. However, the next year, Champagnat met the Christians in the 2017 State Title game, avenging their previous loss by basically flipping the score with a win of 24-7.

This State Championship game will serve as a tie-breaker of sorts, with the "New Kids on the Block" battling Florida's small class stalwart, the University Christian Christians, who have 9 State Titles dating back to 1973.

Florida's Defending Class 2A State Champs, Hialeah Champagnat Catholic Lions, will line up to defend their status and repeat as state champs, seeking their 4th State Title since the Lions developed their football program in 2013 under pioneer and coach emeritus Michael Tunsil. 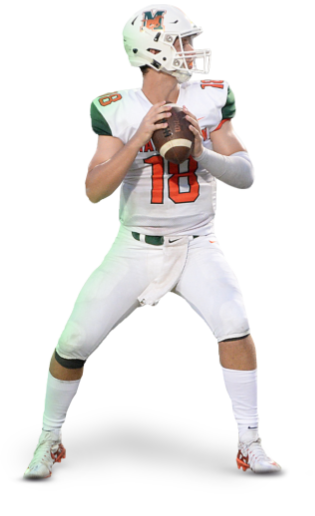 
Create your Player Profile and keep it updated during the current 2021 Season!

Create your Player Profile and keep it updated during the current 2021 Season!
JOIN NOW
;