And now his father is headed to Ann Arbor. 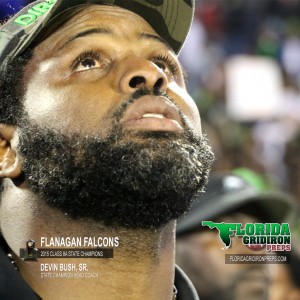 Flanagan's state champion head coach Devin Bush Sr. has been hired by the University of Michigan football staff as a defensive analyst. He will join Jim Harbaurgh's staff, where the Wolverines signed some of the most talented defensive players, namely Rashan Gary (Nation's #1 Player) and Devin Bush, Jr. Flanagan's Devin Gil and Josh Metellus, both standouts on the State Champion Dirty Birds defense, have also signed official Letters of Intent to join the Flangan pipeline in Ann Arbor.

Defense is no stranger to Bush Sr.
Flanagan head coach Devin Bush, Sr. is a winner on all levels. Coming out of Hialeah Miami Lakes HS, Bush represented Florida in the Florida Georgia All-Star game as a star Safety. He took his talents to in-state Florida State, where he, Charlie Ward and NFL Hall of Famer Derrick Brooks led the Seminoles to a National Championship win under Bobby Bowden in their historic 1993 season. Bush, Sr. was a 1st round draft pick by the Atlanta Falcons in 1995. He later won Super Bowl XXXIV with the St. Louis Rams ("Greatest Show on Turf") and spent 8 years in the NFL, playing for the Falcons, Rams, and Browns. 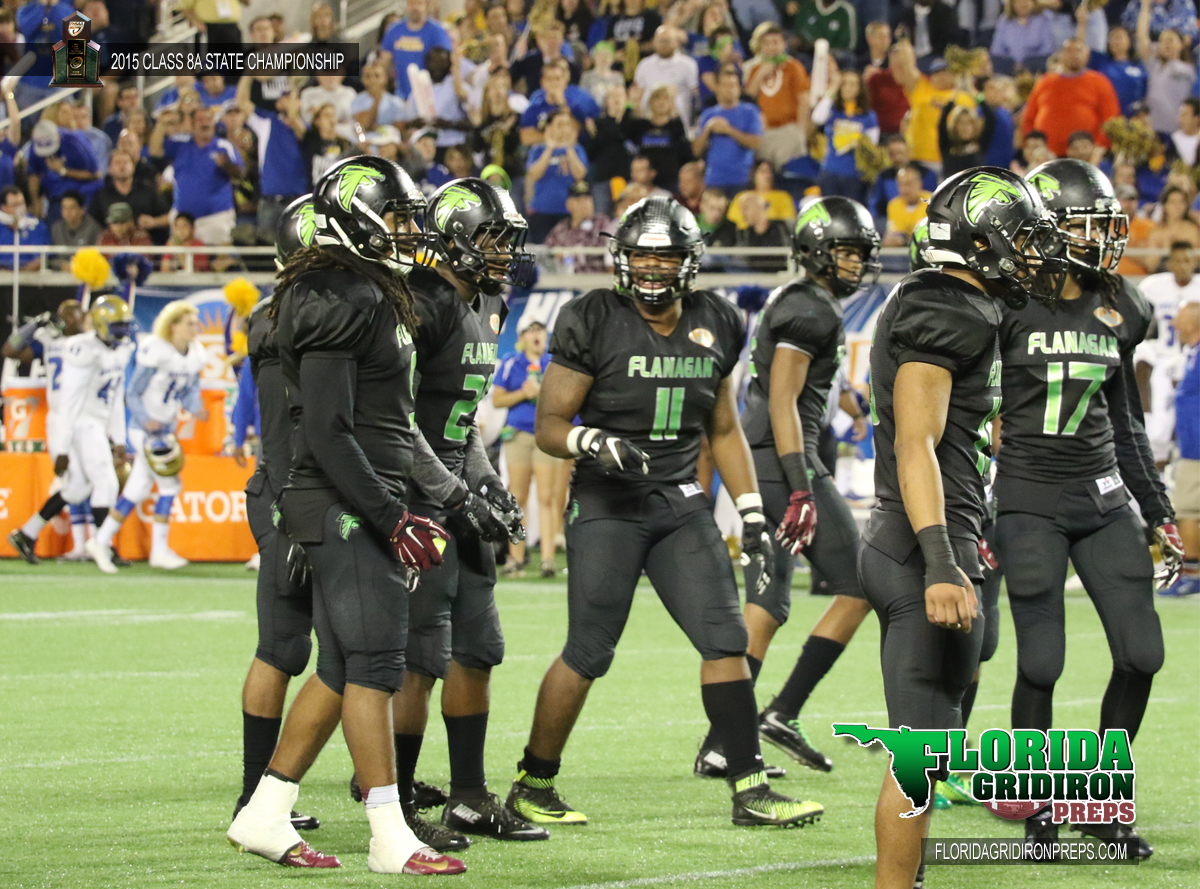 Flanagan's "Donut Boys" came up big during the Falcon's state champion season. They received the nickname because they put zeros on the scoreboard for opponents. The Flanagan Defense has 6 DEFENSIVE SHUTOUTS and only allowed 90 points in 14 games this season. In the state championship game vs. Kissimmee Osceola, Dirty Birds defense only allowed 2 completions.

After Flanagan's state championship win over Kissimmee Osceola, Florida Gridiron Preps had a chance to catch up with Coach Devin Bush, Sr.